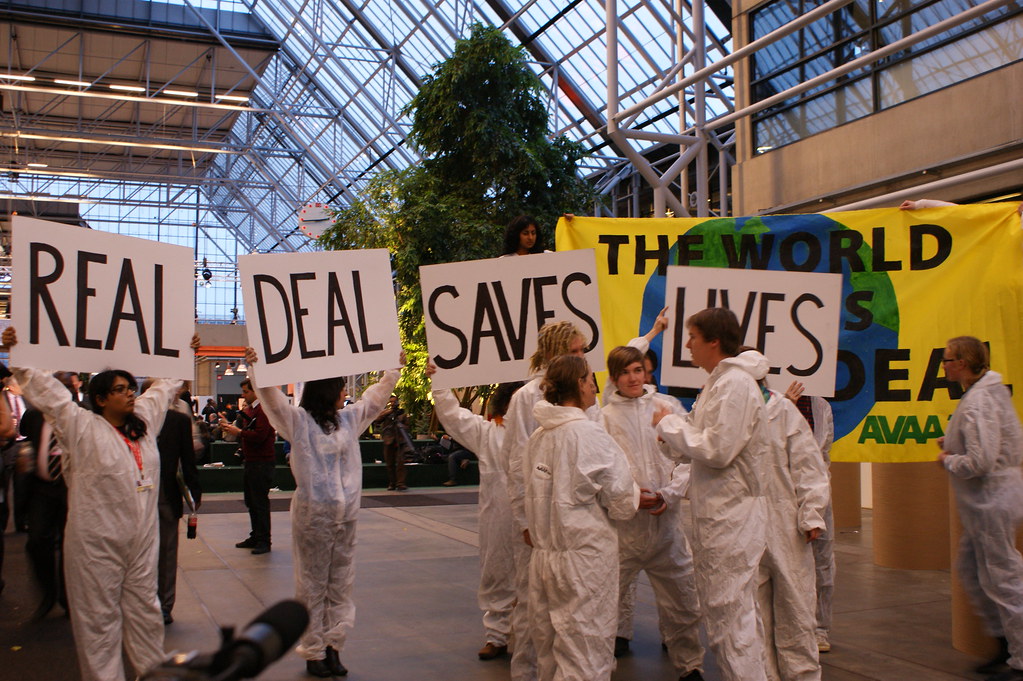 There are conflicting opinions about the content of the leaked draft Copenhagen agreement (known as the Danish text). But the diplomatic meaning of the leak is abundantly clear and it does not augur well.

The content of the text is, necessarily for such an early draft, very vague.

On the highly controversial question of financing from the developed world to help the developing world both reduce emissions and adapt to climate changes already locked in, the text is so vague as to be meaningless. The only thing we know for certain is that it doesn't put on the table any numbers that would satisfy the developing nations who are calling for in the order of US $200 billion to be mobilised globally each year by 2020.

On the critical issue of emissions reduction targets, the draft is completely out of step with the science and would require the developing world to shoulder a far greater burden of emissions cuts than is fair. The 80% cuts from developed nations by 2050 would give almost no chance of achieving the stated aim of limiting warming to 2C.

On the structure of commitments, the text does what many had feared and foreshadowed for some time and drops the legally binding structure of the Kyoto Protocol which requires rich nations to act before their poorer neighbours.

This is not a draft that, if implemented, would have any real hope of preventing climate catastrophe. But, as many have pointed, it is an early draft and the content must be viewed in that light.

The most damaging aspect, at this early stage of the conference, is the diplomatic implications of both the leak itself and the way the draft was developed. It shows in the starkest light the gulf between the developed and developing worlds.

This gulf has always existed, but in recent months it has grown wider and more obvious. At the Barcelona preparatory conference just a few weeks ago, African delegates led a walk-out from negotiations in protest at the continued failure of developed nations to commit to science-based targets. The effective spokesman for that walkout, G77 representative Lumumba Di-Aping, has said overnight of this leaked text "We have been asked to sign a suicide pact."

I fear we are heading for a repeat of the Doha trade talks, where developed nations were either blithely unaware that developing nations were not willing to sign up on their terms, or were deliberately attempting to bully poor countries into submission. That did not work at Doha and will not work at Copenhagen.

Developed world leaders need a political outcome in Copenhagen for their domestic political uses. For a long time they have been more intent on reaching a political agreement than on achieving what the climate science and developing nations demand, relying on their ability to mute criticism with funding and prestige. But it is becoming abundantly clear, as I and many others have warned for months, that there can be no political agreement unless the developing world signs on, and this time the developing world knows what is at stake. They will not sign up to an agreement that condemns them to climate chaos.

Central to getting a good outcome here in Copenhagen is "negotiation in good faith". The fact that a handful of insiders from the developed world stitched together the powerful host's draft, alienating the developing world in the process, does not augur well.

It is not too late to rescue this summit, but to do so requires both sides to show they understand each others' needs and willingly come to the table. Are they up to the task?