COP 20 has drawn to an close after an exhausting two weeks here in Lima. We have a document, the Lima Climate Action Plan, which has been agreed after last minute negotiations between the President of the COP and each of the negotiating blocs. It does not go far enough to engender confidence for an ambitious global agreement in Paris next year but it has pulled the negotiations back from the brink of collapse and provides a text on which to take the negotiations forward elevating adaptation to the same level as mitigation and inserting reference to 'loss and damage'. A pathway for building the Green Climate Fund remains a stumbling block to be dealt with in the coming year.

If this UN process is to change for the better, there will have to be a fundamental rethink about the two realities of the world that are being lived by rich and poor nations. It will also need everyone of us who know what is at stake to redouble our efforts to get countries, like our own, to step up and stop being miserly, minimalist and obstructive.

During the long plenary on Saturday morning, it was obvious that the divide between developed and developing countries is not getting smaller with time but it is expanding. Whereas developed countries, like the United States and Australia, want to focus on mitigation, the developing world, like our Pacific Island neighbours, wants as much focus on climate finance, adaptation and loss and damage. It really highlights what Sir Nicholas Stern and so many others have pointed out for decades, namely that the longer action is delayed the more expensive it will be.

Because the world has not reduced greenhouse gases in line with what the science demands, temperatures and sea levels are rising and extreme weather events are more intense and frequent. The impacts of climate change are now biting. But it is the poorest and least developed vulnerable countries which did nothing historically to cause the problem, which have virtually no capacity to cope with the effects. No wonder they want "loss and damage" (how and who will pay for responding to the effects of climate change that were not prevented by mitigation or adaptation efforts) recognised in the text, as well as a pathway towards the $100 billion a year climate finance they were promised. For these countries, it is about justice and historical responsibility. The UNFCCC recognised this with the idea of "common but differentiated responsibility" and removing this from the text was seen by many as a breach of the Convention.

This is also the time to rethink the Presidential, top down, style of negotiating that has become the norm since Copenhagen when the leaders of rich countries swept in and developed their own agreement and tried to impose it on the rest of the world. It didn't work then and it won't work now and it is one of the reasons that the talks here in Lima almost derailed. We need to return to the pre Copenhagen norm where inclusion of all points of view was the modus operandi and text was thrashed out until consensus was reached.

Following the gridlock this morning, the President this afternoon met with all the country blocs for 10 minutes each, listened to their concerns and has come back with a new text which he returned to the Plenary. Frankly, inclusion of representatives of all blocs should be the norm. The spirit of the UN system is democratic with one vote, one value. The majority of people on this planet live in the developing world and they are tired of being treated as less worthy than the more powerful nations. As Malaysia said today, and I paraphrase, you colonised us, so we start from different points. You did not take our issues at this COP seriously, no notes were taken and our concerns were ignored. Do you want us on bended knees?

There will be disappointment, sadness, frustration and anger in civil society that these talks have resulted in a small step rather than the solid foundation everyone of us hoped for and which country after country said they knew was required to stop going beyond 2degrees and beyond the tipping points. But we must never, ever give up.

Whilst the lack of political will is a problem, it can't stop the revolution in renewable energy that is underway globally. It can't stop the campaigns to save forests and our Great Barrier Reef or our farmlands and river systems. It won't slow the divestment campaign or the redesign of cities, the roll out of electric cars, the take up of batteries, the deployment of solar, the new technologies that will transform our way of life as we move to a low carbon future and drag the politics along behind. The Australian Greens will be right there leading all the way to Paris in 2015. 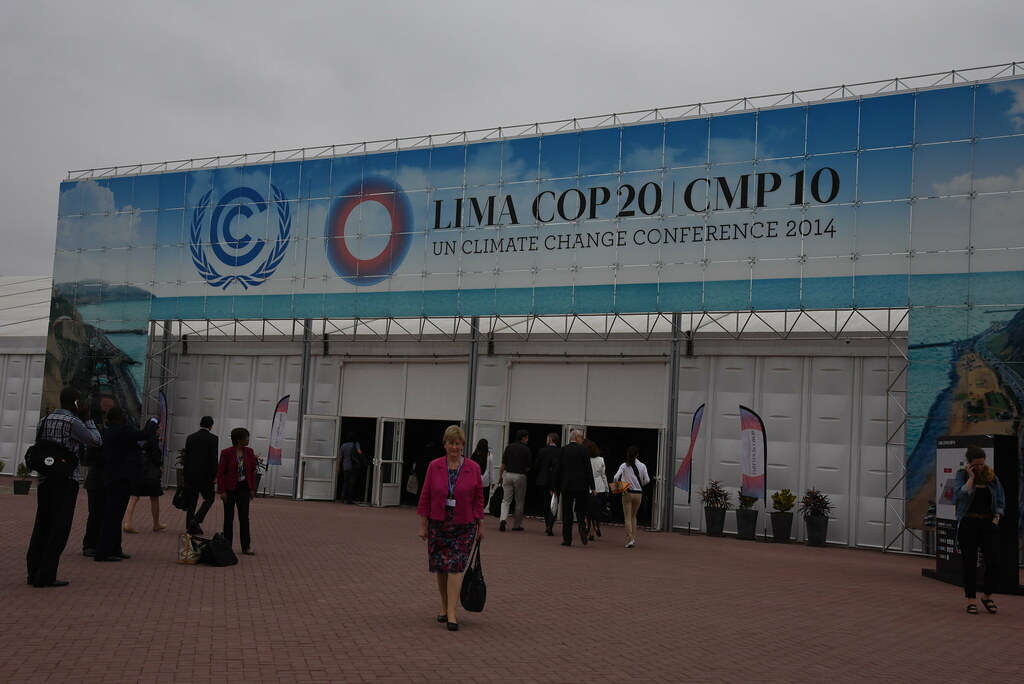