Senator Milne also told the Assembly that the work local governments do is crucial in building a clean economy and creating strong and healthy communities. 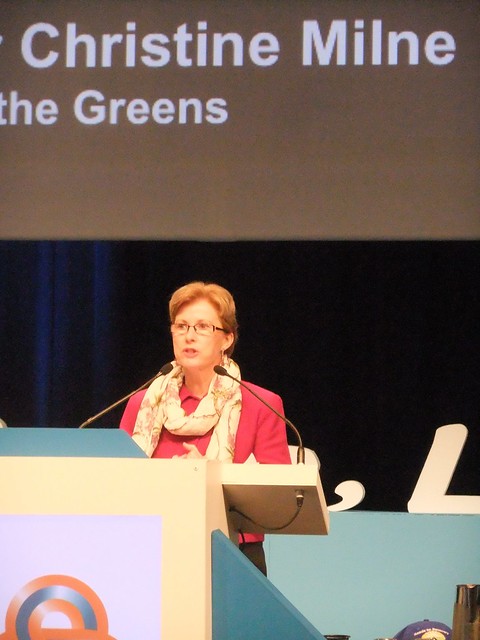 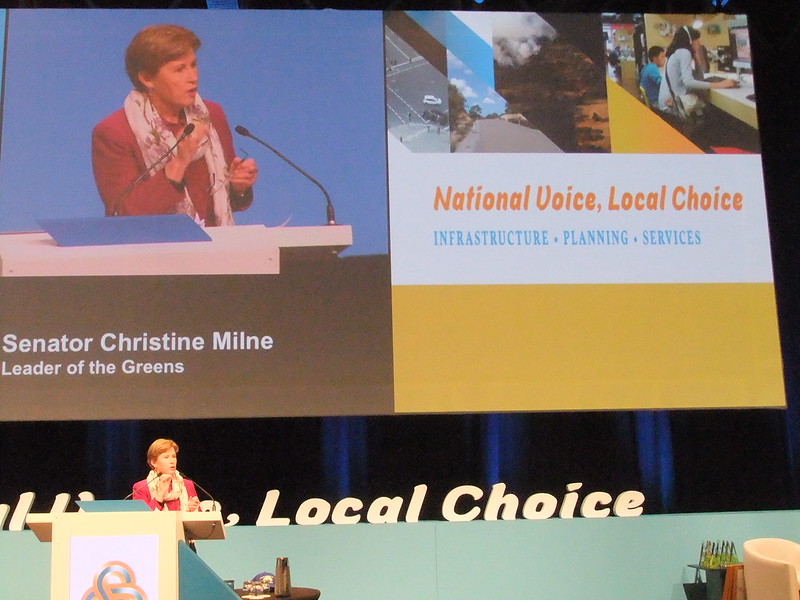 “In 2010, Bob Brown stood here and made a commitment to a referendum on recognising local government in the Constitution. The Greens have delivered, included a referendum on this issue as part of the Agreement to form Government with Labor,” Senator Milne said.

“In December last year, Simon Crean committed to responding to the Panel’s report in early 2012. So far no response has been forthcoming, while The Greens have continued to work for greater recognition of local government and the vital role it has in Australia.

“There is no doubt that local government is integral to building the cleaner, smarter and healthier Australia that communities want.

“There should be no more delay – I encourage local governments and communities to campaign with the Greens in Parliament to put pressure on the Government to schedule the referendum for the next election.”

“Local governments are on the frontline of building a clean green economy and providing essential public services, but councils are under pressure to make a small pool of money go a very long way,” Australian Greens spokesperson for local government, Senator Lee Rhiannon, said.

“Constitutional recognition would provide funding security for local councils to continue to deliver services that people expect and deserve.

“Greens Senators – standing alongside over 100 Greens local councillors around Australia – will continue to campaign for a referendum on constitutional recognition for local government.”