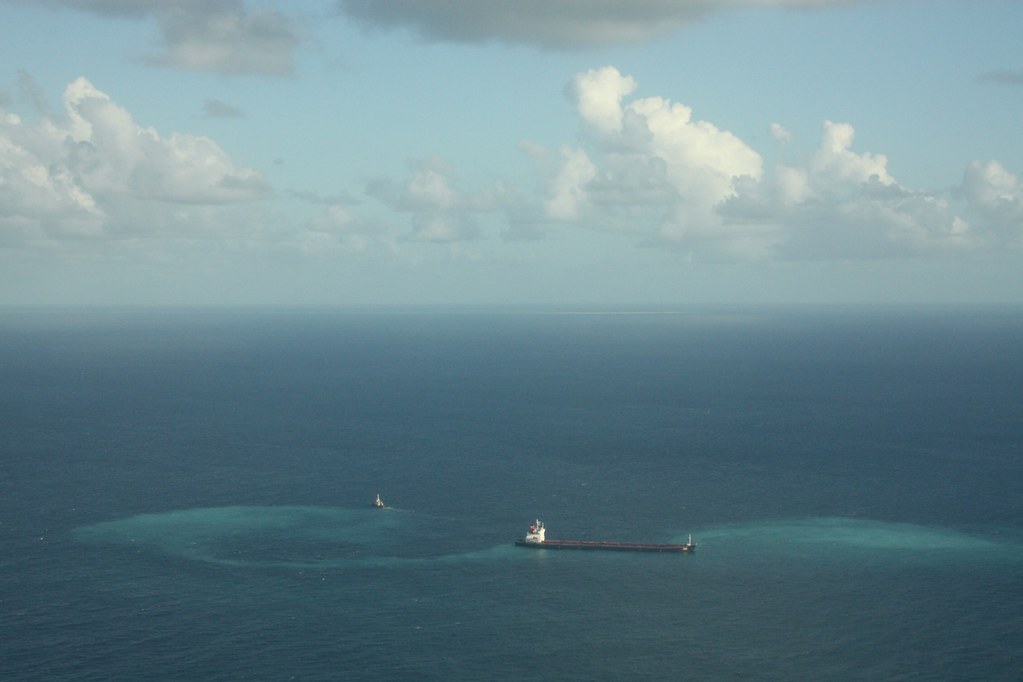 By now you no doubt will have seen images of the stricken Chinese coal ship the Shen Neng 1 aground near the Douglas Shoal on Australia’s magnificent Great Barrier Reef. You can see footage and images of Bob Brown's flight over the accident site and oil spill here.

It is a ticking environmental time bomb, poised to belch nearly 1000 tonnes of oil and over 65000 tonnes of coal over the reef and the pristine coastlines nearby.

The scope of the devastation now entirely depends on the prevailing weather conditions and the success of the frantic attempts to remove the cargo from the crippled ship.

Both Queensland Premier Anna Bligh and Prime Minister Kevin Rudd have vowed to pursue those responsible, but they cannot place the blame for this incident tat the feet of a single captain or even a single company.

For 20 years, successive governments have ignored the call to compel shipping companies to have marine pilots aboard when operating in these regions.

Fishing vessels are required to have satellite tracking, yet massive coal tankers like the Shen Neng 1 are only monitored on the northern half of the Great Barrier Reef (and even then only by volunteers), not the southern half. It is likely that many have been using this illegal shipping short cut for years, but without the capacity to track vessels in this area so we cannot even say for sure how many or how often tankers take this short cut.

Premier Bligh plans to expand exports of coal and natural gas through southern ports like Gladstone, with these grossly insufficient regulations in place. Irreplaceable whale breeding grounds, fish habitat and dugong and turtle habitats are being put at risk. The costs of using an alternate route and marine pilots are minuscule when compared with the expense of a salvage and cleanup operation, to say nothing of the risks posed to tourism industries that depend on the reef for their livelihood.

Proper regulation, as the Greens have been saying for years is required, could have prevented this accident, and will prevent future accidents.

We are asking you to add your voice to this call – sign this petition, and join with thousands of Australians demanding answers, action and accountability from the state and federal governments entrusted with the care of the Great Barrier Reef.