More than a million people worldwide are calling for leaders at the Rio+20 Summit to end fossil fuel subsidies - including the billions of dollars worth of subsidies in the Australian government's Budget every year.

The Greens have successfully delivered cuts to two fossil fuel subsidies in the last two Budgets, starting Australia on the path to ending them entirely - but at least $7.4 billion in subsidies remain, which encourage wasteful fuel use and the pollution that drives climate change. 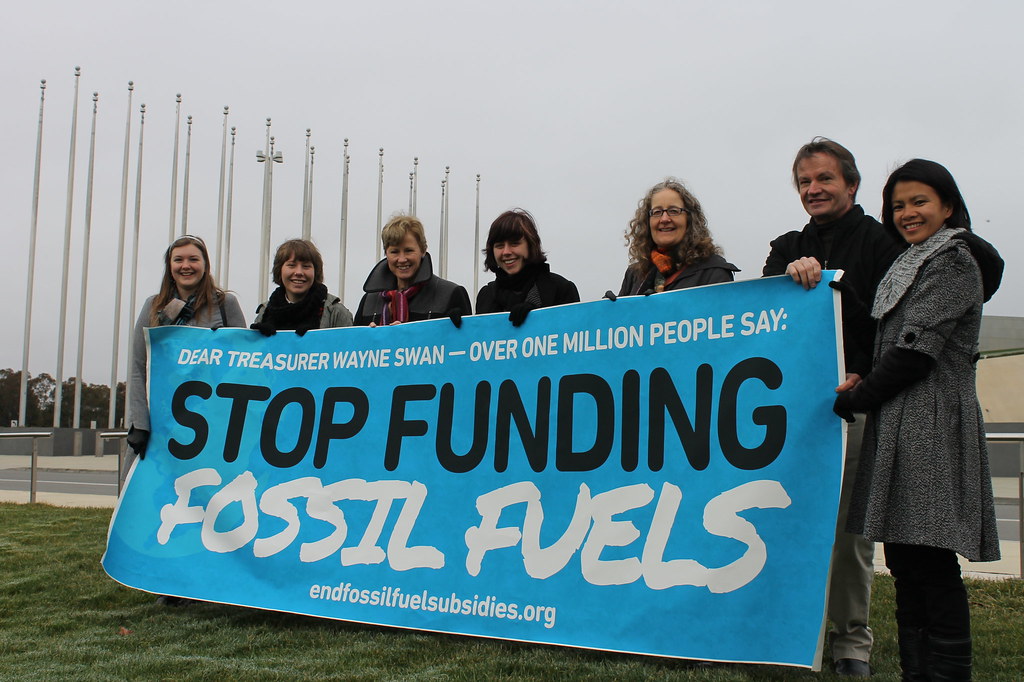 Greens Leader Christine Milne moved in the Senate today to note the huge community demand to end inefficient fossil fuel subsidies, and that the Rudd Government agreed three years ago to phase them out. Her motion called on the Government to explain how providing concessions to fossil fuel producers is consistent with the Clean Energy Act that we negotiated to tackle global warming and build a clean energy economy.

The Government's response? "Six other G20 countries also do not think that they have any fossil fuel subsidies that fall within the scope. No further work is expected in relation to the commitment by Australia."

Apparently shelling out $2 billion a year to refund the mining industry's fuel bill, billions more in other fuel tax credits, and yet more in hefty tax advantages for oil and gas exploration, isn't inefficient - and that's fine, because other countries have concluded that they don't need to reduce their subsidies either. Tony Abbott's Opposition appears to agree - they voted with the Government against Christine's motion.

We'll keep working with the community to end fossil fuel subsidies. We've already made some good progress: come July 1, the fuel tax credit will be cut by 6c/L, ending hundreds of millions of dollars of wasteful rebates. That's just one of the ways that July 1 is bringing change for the better. For more, see our other updates.

Greens would fast track a strong Labor ICAC through the Senate