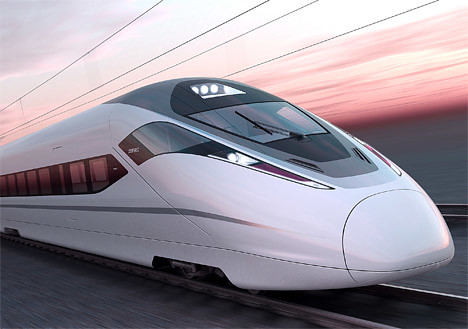 Greens MP Adam Bandt has warned the government against thinking small, as it prepares to release a study into high speed rail for the east coast on Thursday.

Mr Bandt says he is concerned that the government might prioritise a Newcastle-Sydney link over the Melbourne to Sydney route, the fourth busiest air route in the world.

"I am looking forward to seeing the study this week. The study was boosted by the Greens' agreement with the Gillard government and I am glad to see the first phase has been completed on schedule."

"The government must not narrow its focus to the Newcastle-Sydney link. It is more expensive per kilometre and could doom the plan to just another great idea."

"The Minister for Infrastructure needs to look at the needs of the whole country, not just New South Wales. This can be a nation building plan which will be good for the economy and the environment."

"Linking the whole of the east coast - Geelong to Brisbane via Sydney and Canberra and regional centres - will really turbo charge regional economies and have a positive impact on the whole economy."

"It will help make our capital cities more sustainable."

"Even if the total price tag is up to $100 billion we could pay for it in a decade by redirecting the $10 billion in annual fossil fuel
subsidies."