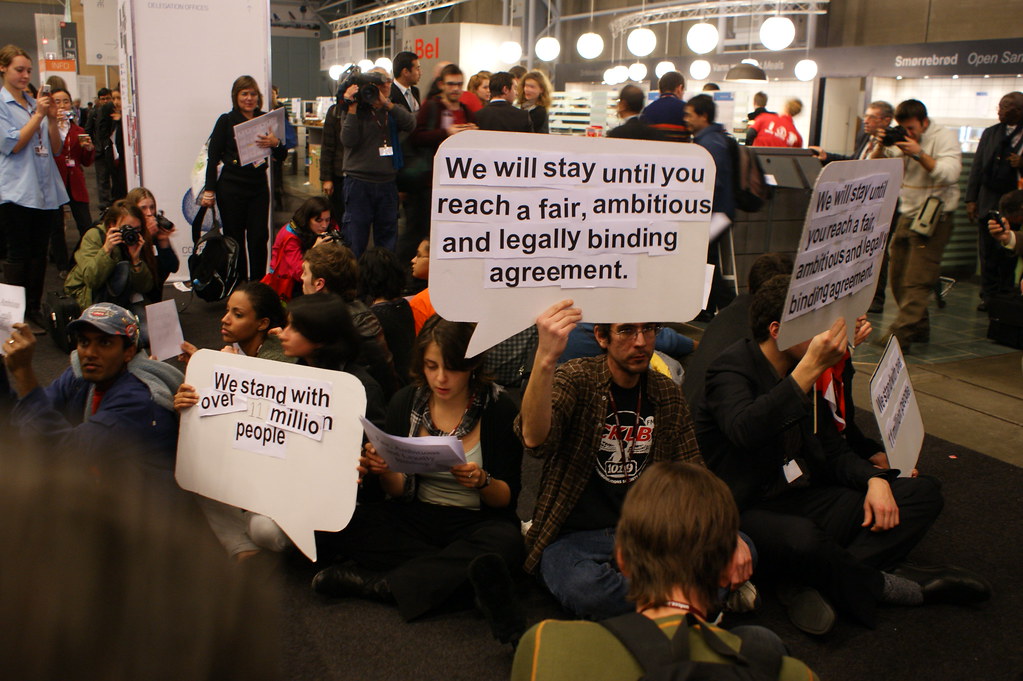 The Copenhagen climate conference is a critical meeting. It could set the planet on a path to a safe climate, or it could lock us in to climate failure.

Greens Deputy Leader, Christine Milne, is in Copenhagen for the conference, keeping a close eye on what the Australian negotiators are doing, and working to help ensure that any agreement delivers meaningful action, not yet another distraction and weak pretence of action.

ACT NOW: Send a message of support to Island leaders.

There are two deal breakers at the Copenhagen conference: targets and financing.

Developed nations have put on the table targets that are far too weak to prevent climate catastrophe. They add up to no more than 15% cuts below 1990 levels by 2020, when the science demands at least 40% to give us even a 50% chance of avoiding the 2C warming limit that is supposed to be at the heart of this effort. Some scientists say far more is needed. Developed countries need to cut deep fast so as to give developing nations the chance to cut more slowly.

Developing nations are also pushing for financing packages of in the order of US$200 billion a year by 2020 to help them both reduce emissions and adapt to the climate changes that are already locked in. So far, the best that is on offer from the developed world is a $10 billion start-up fund.

In addition, there is an emerging controversy over the project to Reduce Emissions from Deforestation and Degradation, known as REDD. This was supposed to mobilise funding to protect forest carbon stores worldwide, but is in danger of turning into yet another untrustworthy source of offsets that could even encourage logging rainforests.

These two deal breakers and the REDD controversy highlight the two fundamental disconnects at the heart of the negotiations.

The first is the clear disconnect between the crisis rhetoric of leaders and the weak action being presented - science is used to back up the need for action but ignored when it comes to defining what action to take.

This disconnect was blown open in the early days of the Conference with the leaking of a draft negotiating text from the Danish chairs of the conference which reflected the views not of the whole conference but the developed country hosts.

Only once leaders and negotiators agree to work as one towards the common goal of a safe climate can we have any hope of an agreement that will deliver that most precious and critical outcome.