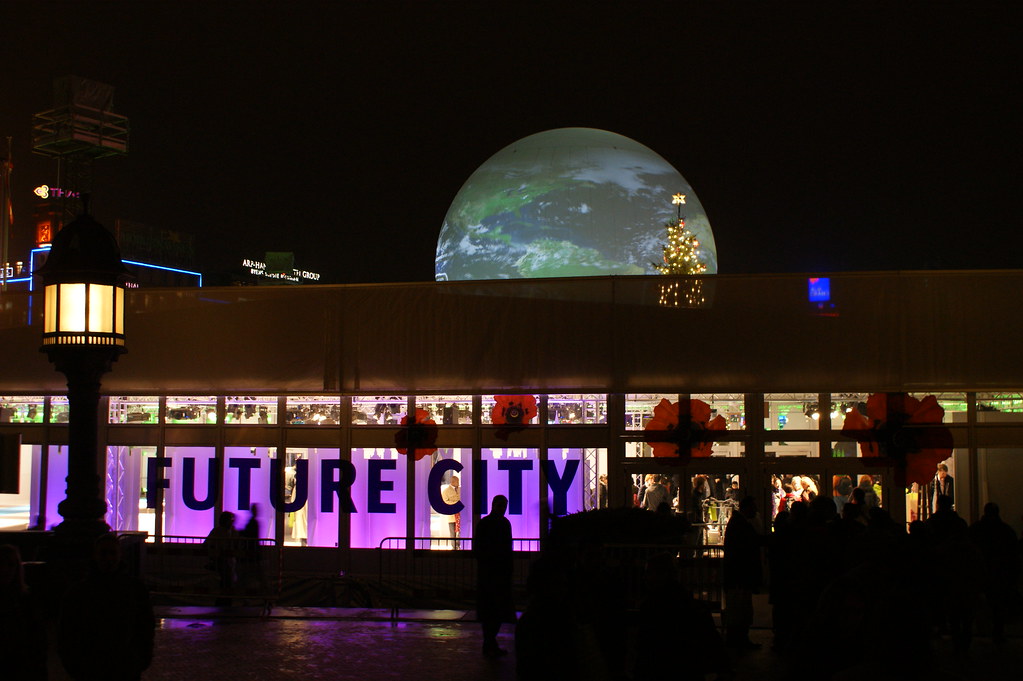 For the people of Denmark, a strong deal coming out of the Copenhagen Conference has become a matter of national pride. Climate Change Minister Connie Hedegaard insists that this is still possible in spite of so many developed countries hosing down expectations.

The Danish Government has introduced some wonderful initiatives. Alongside all the bikes, there is free public transport across the city. My personal favourite, though, is that this has been declared a zero-gift conference, with the millions that would have been spent on conference paraphernalia directed instead to 10-12 scholarships for post-graduate climate-related studies at Danish universities. This example should be taken up by conference organisers across the planet.

Everywhere in the city itself there are reminders that the time for action is now. In the central square, Copenhagen has become 'Hopenhagen' and a huge illuminated globe stands over exhibitions of sustainable energy technologies. Elsewhere, a polar bear ice sculpture is melting, bringing home the reality of the summer arctic ice melt, and framed by information panels on the impact of climate change on species and local communities in the north.

But in the conference centre it's a different story. Thousands of delegates queue for security, queue for cloak rooms, queue for meals and begin the negotiations and discussions which everyone knows are still held hostage by two deal breakers.

Deal breaker #1 is the key question of how much and how fast to cut emissions, with a deep gulf between current ambition and what the science requires. Rich nations - known as Annex 1 - achieved the dubious honour on day one of being awarded the "Fossil of the Day" en masse for their failure to commit to adequate greenhouse gas reduction targets, which the science defines as at least 40% below 1990 levels by 2020.

Financing for mitigation and adaptation in developing countries is deal breaker #2, with the most apt comment coming from Lumumba Di Aping, the representative of the G77 bloc of developing countries, when he said that the start-up fund promised at this stage "will not buy the poor of developing countries coffins, let alone address the serious problems that this challenge is causing." US$195 billion per year by 2020 in addition to existing overseas development aid commitments is what is required according to NGOs here.

Underlying these anxieties about the adequacy of targets and financing - anxieties which infect the whole feeling of the conference - is a very palpable fear that developed countries will try to cook the books with "creative accounting" for emissions and sinks from land use, land use change and forestry. The accounting must be based on what the atmosphere sees, and loopholes must not be used to avoid reducing emissions from fossil fuels. Tragically, while there had been great hope that protecting the world's forests would logically be part of the Reduced Emissions from Deforestation and Degradation project (known as REDD), the text as it currently stands does not even include the words "protecting forests" but is skewed towards logging through language such as "sustainable forest management".

It seems the capacity for self-deception by leaders and negotiators is unlimited. But the true test for the success of the climate talks will be whether political leaders can drop the short-sighted mirage of action and face up to the facts with bold action.

As Minister Hedegaard said, "We need to agree on an ambitious global agreement in Copenhagen that meets the challenge set by science." I fear that is not where we are headed.