Tension has built here in Lima for days around whether or not the $10 billion dollar mark would be reached for the Green Climate Fund and, in turn, the idea of whether parties are engaging in good faith negotiations.

Australia's refusal to contribute to the fund has been more than solid to date and so everyone was anticipating the arrival of Foreign Minister Bishop to see if Australia would hold the line or whether we would cave to international pressure.

I am glad to say that this evening's announcement of $200m has broken the tension but not the suspicion. It is seen as disingenuous for a government to take $7.6 billion out of the overseas aid budget and then take an additional $200m for the Green Climate Fund from what is left, when everyone knows that the money  should be on top of our foreign aid commitments, not a substitute for it.Whilst people were pleased that at long last Australia had contributed to helping the world's most severely impacted countries, they were equally annoyed that the money is coming out of overseas aid programmes. This is just robbing Peter to pay Paul. It is hard to shake the thought that Australia knew it would not be taken seriously in negotiations in the lead up to Paris unless it donated.

The critical question is whether the world thinks this money is enough to show good faith on Australia's part. It seems to me the $200 m is more about dealing Australia into the pre-Paris negotiations on behalf of the fossil fuel industry, rather than any genuine concern about the impacts of the climate crisis on developing countries.

Today, Australia was awarded the Fossil of the Day award for the third time because our negotiators tried to have "global solidarity" and "long term temperature limits" deleted from the negotiating text, while in a different room at the same time Minister Bishop tried to convince the world we are serious about climate finance.

I really enjoyed being part of the Fossil of the Day ceremony. I have been to COPs for 16 years, always followed the Fossil of the Day awards but this was a new experience for me. Thank goodness for bright, young people who keep exposing the gratuitous nonsense that passes for serious negotiation.

I have had so many rewarding meetings today it has been mind blowing. I caught up with Rick Heede who I first met at Rocky Mts Institute  in Colorado in the late 1990s. He and Amory Lovins came to Tasmania in the early 2000s and he is still working on projects to reduce emissions.I also met up with people dedicated to understanding Land Use Land Use Change and Forestry (LULUCF) rules under the Kyoto Protocol and quizzed them about what Minister Bishop might have meant when she said she wanted 'rule changes' here in Lima. I am still suspicious of Australia's intentions and wouldn't be surprised if we hang out for a new Australia clause before we ratify the second Kyoto commitment period. 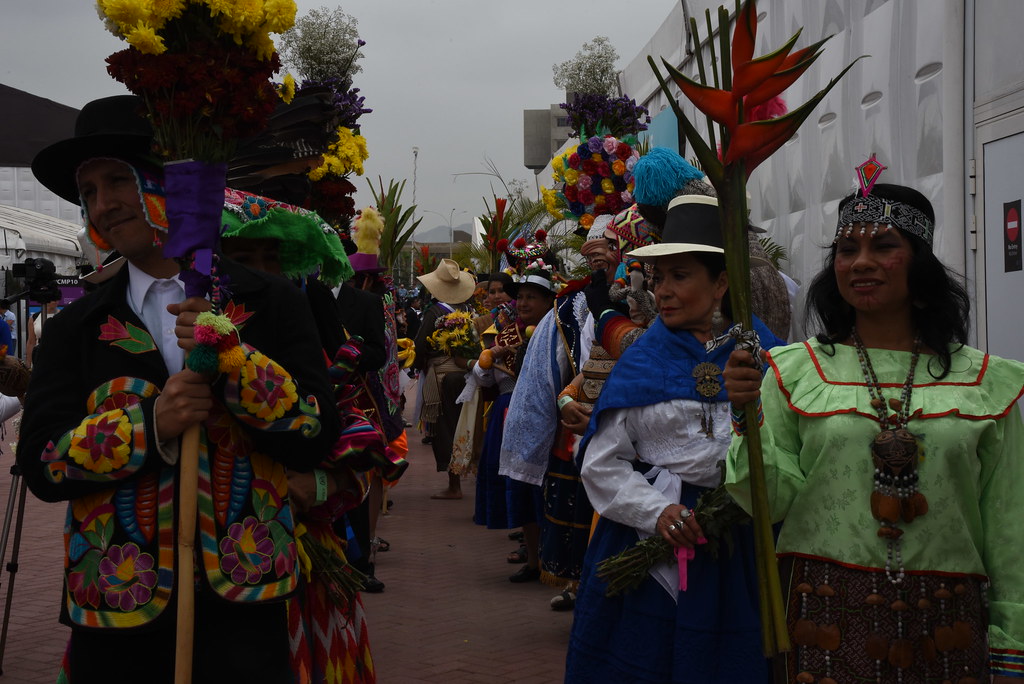