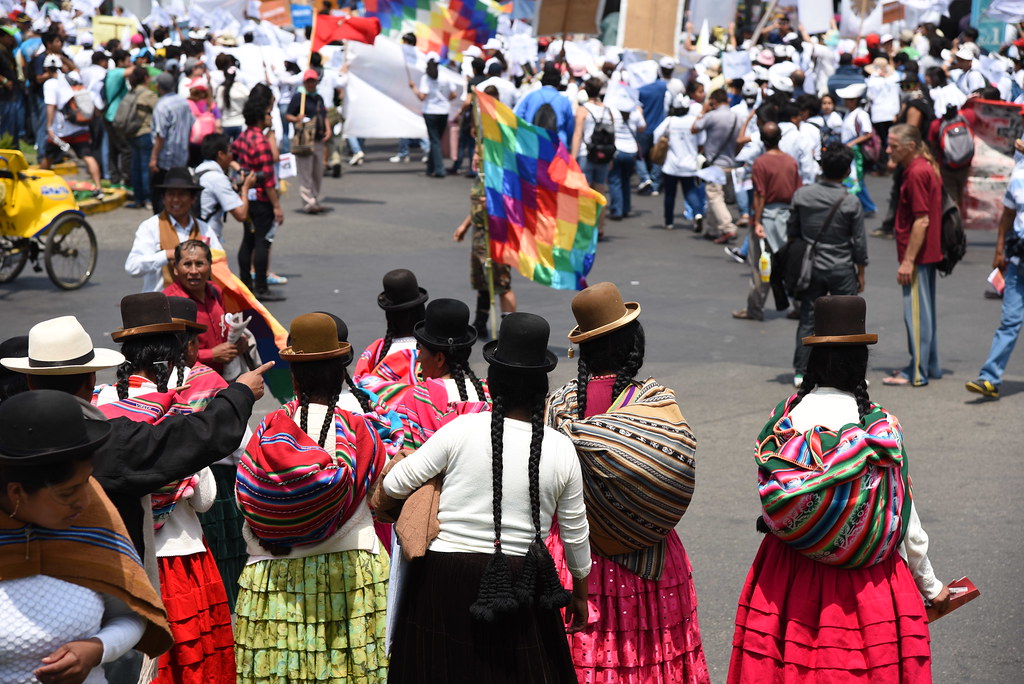 I really enjoyed today here in Lima at the climate talks. It started with breakfast with Green MPs from all over the world. Over fruit and coffee, we each reported on what's going on in climate policy everywhere from Canada, Netherlands, Germany, Austria, South Korea, Turkey and host country Peru. The good news is that the Peruvian Greens want to join the Global Greens, making us stronger and stronger by the day. It as incredible how similar the story from Elizabeth May, a Canadian MP, about how shocking the Harper regime is parallels what's going on in Australia under the Abbott government. We both had the same message to our colleagues and that is to call our Canada and Australia out in the COP negotiations for their obstructive tactics and climate denialism.

After the breakfast we all squished into a small, rather battered, bus and proceeded to battle the traffic to the start of the People's Climate March. It was amazing. There were 15,000 protesters, reportedly the largest rally in South American history, with lots of drums and hats, colourful signs and clothes, everyone wearing the vividly coloured textiles for which this part of the world is renowned. The signs highlighted the melting of the glaciers in Peru, the loss of staple crops, like corn, because of water depletion, a push for 100% renewable energy and an end to oil drilling. There is nothing quite like a huge People's Climate March, especially in Latin America where music, rhythm and flamboyance is part of the culture!

Then it was back to negotiation reality at the COP. Progress is very slow, with many of the entrenched historical positions remaining. Whilst countries are talking about pledges on action very few want a review mechanism to determine, as times goes by, whether they are actually delivering what they said they would deliver. There is still no clarity around whether the Kyoto Protocol second commitment period will even be ratified. One very disappointing omission from the draft text has been the vital role for civil society and recognition of the role sub national action can play. Another argument that continues is whether the post 2020 Intended Nationally Determined Contributions (INDCs) will refer to mitigation only or whether they will also include finance and adaption. Most developed countries only want reference to mitigation but many developing countries also want plans for adaptation and how that will be finance in the INDCS. I am anticipating long days and nights for the reminder of the COP as very little progress has been made on the drafts.

It is really disappointing that Australia continues to refuse to put its post 2020 target on the table by 31 March as Mr Ban KinMoon has requested of all developed countries. Pressure really has to be brought to bear on Australia to stop deliberately trying to push the date back. Developed countries must declare their targets by March to leave enough time for discussions in the lead up to Paris.

I ended the day, with another highlight of this COP and gat was the Global Greens press conference where I joined with my colleagues Elizabeth May (Canada), Yu Jin Lee (South Korea) and Stina Bergstron (Sweden).  It is so heartening to be part of the only political party that is global in its reach and united against a global problem like climate change.