The Australian Greens have today accepted a petition against the expansion of the NT Intervention from a growing group of people opposed to the discriminatory regime.

"In the five years since the Intervention began, Aboriginal people across the Northern Territory have been subject paternalistic and racist policies.

"The proposed Stronger Futures legislation will expand the Intervention's powers to unprecedented levels and see it continue for another ten years.

“It is unacceptable for the Government to continue with this unjustified approach in the NT despite the clear community calls for a new path to be taken.

"Better health and wellbeing, family support, education and employment opportunities are best delivered through involvement and empowerment of communities, not the imposition of expensive and unproven policies.

"The Greens recognise that this is unacceptable and will be taking action in the Senate to oppose this legislation," Senator Siewert concluded. 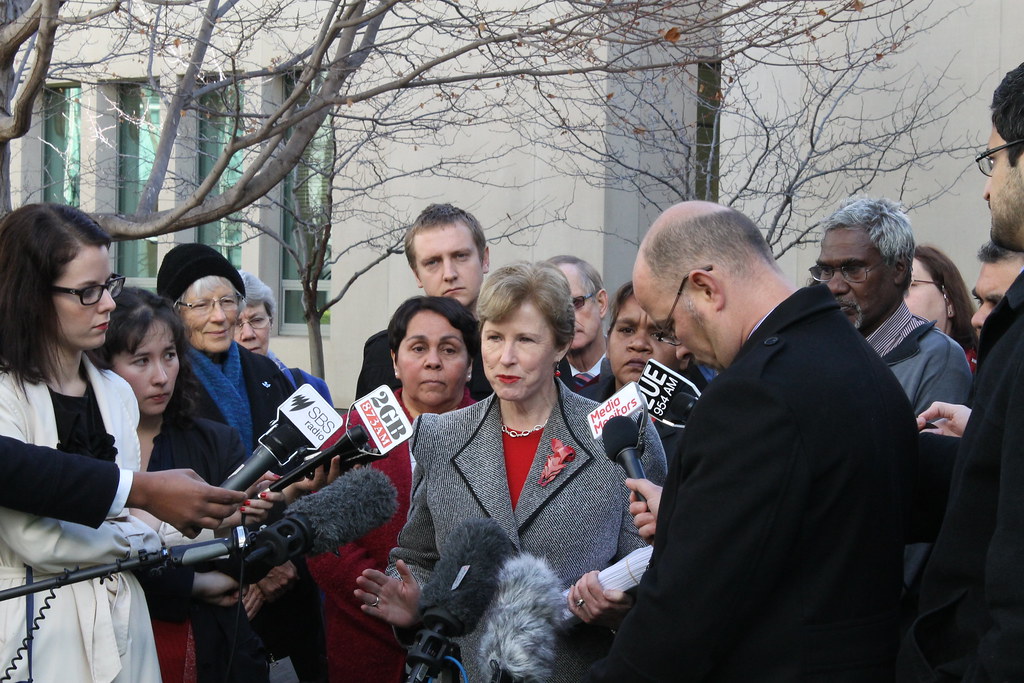